My Story: How My Life Changed

We all have a story: Read about people who have been transformed by faith.

Understand how you can know God personally.

Get the answers to frequently asked questions on Christian beliefs and practices.

We all have a story! Read about individuals who have been transformed through training.

Take the next step in your faith journey with devotionals, resources and core truths.

Understand evangelism and strategies to help share your faith story.

Help others in their faith journey through discipleship and mentoring.

Develop your leadership skills and learn how to launch a ministry wherever you are.

What we believe about the gospel and our call to serve every nation.

How we seek to journey together with everyone towards a relationship with Jesus.

Message from the National Director

Meet the Board of Directors for LIFE Ministry Uganda

Updates of what God is doing in people's lives 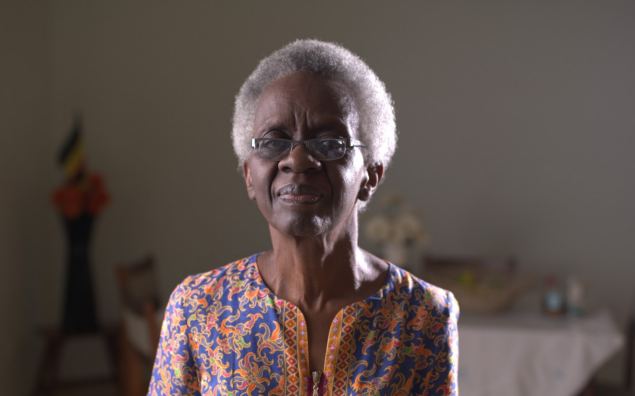 I was born in a Christian family and I am the first born of seven children. My parents were active members in the church and we grew up in that kind of environment. My father was the treasurer for our local church and my mother was at one time a Mothers’ Union worker. I therefore grew up knowing about God, reading the Bible, praying and attending Sunday services regularly. I used to believe that I was a good girl since I was morally upright and well behaved. However, while at Trinity College Nabbingo for my A-Levels, I began to feel an emptiness in my life. I did not know what to attribute it to. When I joined Makerere University in 1969, I did Biology and I really enjoyed it. It was the phase of my education that I enjoyed the most. Yet that feeling of emptiness still lingered. I used to attend Christian Union (CU) meetings on campus and fellowship with “fellow” Christians. One time, I attended a CU fellowship and the preacher challenged those who were not born again to invite Christ into their lives. I did not move forward but his words kept echoing in my head until the next day, when I went to attend another CU fellowship. The preacher that day was a pastor from Kenya and after his sharing, he also gave an opportunity to people to pray and receive Christ. I said to myself, “Maybe this is what I am lacking in my life”. I then took a step of faith and invited Jesus Christ into my life. It was on 10th July 1971. Immediately, I felt like a missing piece just landed in my life. I used to wonder what life was all about. But when I received Jesus, those questions were answered. I began to understand that God had a purpose and reason for my existence.

A friend later connected me to Mrs. Kathy Hurlburt and she played a big role in nurturing me in my faith. She and the husband Winston (Win) were Baptist missionaries in Uganda. She showed me how to use the Four Spiritual Laws booklet in sharing the gospel and I often went with her to witness on campus. One day, Kathy invited me to her house for tea. She had also invited a visiting couple, Sam and Lynn Owen who were staff of Campus Crusade for Christ. The Owens challenged me to join the organization as a staff. I was not so sure about making such a decision and hence I hesitated to give them any response. They later invited me for a training in Nairobi in April 1972. It was the basic NLTC (New Life Training Curriculum) training. It was during that training that God clearly showed me what He wanted me to do. He wanted me to serve Him the way I was (a single) with this organization. I shared with my parents about my decision to join fulltime Christian work and they gave their consent. One of the major highlights of that time was Explo 72 conference. It took place in Dallas Texas and I attended with other delegates from Uganda. The conference aimed at equipping participants (about 80,000 people) with skills of evangelism and discipleship. It launched us into the ministry work we would soon be doing. I was later interviewed to come on staff in August 1972. At that time, we were a very small staff team that included Sam and Lynn Owen, Lazarus Seruyange, Gary and Alice Fredricks, Peggy McCracken and myself. I used to live with Peggy who was also my trainer. At that time, Great Commission Training (GCT) lasted for 2 years. We would have class sessions in the morning and then go to Makerere University for field practice in the afternoon.

Seemingly, ministry was beginning to take root but things took a drastic turn in 1973 because of Idi Amin’s paranoia for Christianity. He abolished some Christian organizations and unfortunately, Campus Crusade for Christ was one of them. As an organization, we went under the protection of the Church of Uganda and also changed the name to LIFE Ministry Uganda. The training was shifted to Nairobi. I moved to Kenya with Peggy, Sam and Lynn and I finished my training in 1974. Those turbulent years were bad and it provoked a lot of anxiety but also a lot of prayer. The Great Commission Training Centre in Kenya later started and Gary Fredricks was the Director. When Peggy went back to the US for home leave, I was asked to help as a trainer. It came as a surprise when I was asked to remain in Kenya after my training but God spoke to me through Mathew 9:37-39 and I accepted to stay. I appreciated the fact that He was the Lord of the harvest, and I am a mere servant of God. From that time I was ready to be used by Him and be sent wherever He wanted me to go. Win and Kathy later moved to Kenya and they influenced the next step I took in my life. Win was born of missionary parents who served the Lord in the Democratic Republic of the Congo (DRC or Zaire). He had a passion for the country and he desired to begin the Ministry there. He challenged me to go and help train staff in Kinshasa. Plans to begin a training Centre to train staff for the Francophone area were underway. However, I did not know French at that time. I already had a desire to learn the language and when the idea of me going to Zaire came, I decided to enrol for French lessons. By then, I was serving in the department for Materials (Materials development). We used to translate materials from English into Kiswahili. We also recorded materials on cassette tapes for non-readers and produced picture booklets for them. As I continued to pray about moving to Zaire, God spoke to me through Habakkuk 3:19. I was convinced that God wanted me to move to Zaire, learn a new culture and new things as I trained others in the process. The leadership in Nairobi asked me to raise support for the move and God provided over and above what I could imagine.

When I moved to Kinshasa in 1980, the Great Commission Training Centre was established for the Francophone region. Many staff of CCC in the region were trained from Kinshasa. My greatest joy came from seeing God raise staff for different countries and I was privileged to be part of their story. Another highlight happened in 1985. During Explo 85, I was asked to be one of the translators to French since the conference was in English. I was fluent in French by then to the extent that people thought a local was the one translating. It was a very beautiful experience of God’s enabling!

In 1986, I moved back to Nairobi for further studies. I joined Nairobi International School of Theology (NIST) and did a Master in Christian Ministry until 1988. I then went to Mali from 1988 to 1998. I was still involved in some training of staff, but mainly focused on materials development for the Francophone region. In 1999, I moved to Zimbabwe and served as the Personal Assistant (P.A) for Dr. Bekele Shanko. He was the Area Director for Southern and Eastern Africa. I also did ministry on campus at the University of Zimbabwe. The Lord spoke to me about my next destination in 2003. I was very excited because it was not a transfer to any another country but home. I returned to Uganda in June 2004 and was very glad to be back home. When I settled in, I began doing ministry with single women. I also trained staff in GCTC for some time.

From October 2009 to 2017, I devoted myself to looking after my parents who were now elderly and frail. This was a gift to my parents and myself. They had handed me over to the Lord and I left them for over 30 years then God gave me an opportunity to return and take care of them. Dad passed on in 2012 and Mum followed in 2017. Thereafter, I gradually began to return to field ministry. In May 2018, we had a basic training for Anglican Church leaders (Church of Uganda in Rwenzori Diocese) at Bishop Balya Bible College in Fort Portal. It slowly launched me back into active field ministry as part of the Global Church Movement (GCM) department of LIFE Ministry, in 2019.

What can I say after 49 years on staff? The Lord has been faithful. He brought me to Himself in 1971 when I committed my life to Jesus and He has never left me alone or forsaken me. He called me as a young single lady to serve Him in 1972 and as I look back, what is unquestionable about God is His faithfulness. In challenging times, He has been with me and seen me through them all. He has provided for all my needs beyond my wildest imagination.

I must say that the harvest is still plentiful and God is still looking for labourers to send into His harvest. Therefore, if the call to ministry comes, remember this: God is faithful. He who has done it for me and countless other staff will surely do it for you. He is the same God who is enough. He is also the same God who desires our submission and total obedience. He knows the plans He has for us that will bring Him glory. Therefore, stand up when God calls you and be counted among the labourers in the King’s harvest field.